GHSAC is committed to the Joint External Evaluation process as key to the overall success of a multi-sectoral approach to assuring achievement of success in the abilities of countries to meet and exceed well defined targets in preventing, detecting and responding to public health threats regardless of the origins of those threats. We believe that a growing, active and vibrant Consortium of non-government entities is a vital source of expert information, action and educational support for each of the Action Packages defined in the Global Health Security Agenda. We hold that this will facilitate more rapid responses to addressing the identified health security gaps in whatever area those gaps may exist.

The consortium began organizing shortly after the initial rollout of the Global Health Security Agenda in February, 2014. It currently consists of over 200 individuals who represent over 100 non-government entities that include academic and research institutions, implementing groups, professional groups and associations, advocacy organizations, convening organizations, private enterprises and philanthropic foundations and Next Generation health security leaders. The vast experience and expertise of these individuals and entities that GHSAC represents are an extremely valuable resource in achieving global health security.

The Consortium formally approved an operating charter in December, 2016 and began operating under that charter in January, 2017. The Consortium is currently operating under the non-profit status of the Elizabeth R Griffin Research Foundation while in the process of obtaining an independent non-profit status. The Consortium has operated using in-kind contributions from its membership but has instituted a membership fee structure under its charter in order to establish an independent financial footprint necessary to operate under an independent charter. We are especially grateful to the meeting space allotted contributions of George Washington University, Georgetown University and the United States Department of State.

It is the aim of GHSAC to be the primary conduit of information relating to the GHSA between its members and the governments engaged in the GHSA specifically through formal and informal engagement with the GHSA Steering Group, the JEE Alliance Advisory Group, and attendance at GHSA Ministerial Meetings. The Consortium encourages a mutual understanding that the definition of multi-sectoral approaches to assessment and implementation includes unique and productive partnerships between government and non-government partners where such is deemed effective, efficient, productive and appropriate to the GHSA. 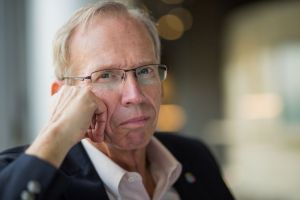 GHSAC is currently led by a voluntary Steering Group that elects its chair and other officers to time limited terms. Effective 15 January 2017, the Chair is Ashley Arabasadi of No More Epidemics. The Consortium divided into separate autonomous working groups that represent the various sectors of its membership. Our meetings consist of General sessions, working group meetings and a general sharing of working group sessions.

For the coming year, the Consortium seeks to expand its membership to include more non-government organizations based outside the United States. We also seek to establish a regular formal communication process with this group and the GHSA Steering Group to provide any requested information.